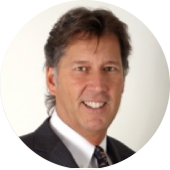 Jayson Horner became the first President and Chief Executive Officer of CanDeal in 2002. Prior to CanDeal, he was a Managing Director at TD Securities, having joined TD following its acquisition of Canada Trust Financial Services - while at TD, he co-founded CanDeal. In 1993, Jayson joined Richardson Greenshields of Canada, where he was a Vice President and Managing Director, Capital Markets, and four years later he was appointed Senior Vice President and Managing Director, CT Securities, a subsidiary of CT Financial. Jayson entered the business in 1978, when he joined Merrill Lynch Canada, where he held senior positions until he joined Richardson Greenshields. Jayson has served on boards in the financial services industry. Currently, he serves on the CanDeal board and on the board of The Ronald McDonald House – Toronto.